Clive Greensmith and Marc Martín Nogueroles work on the second movement of Antonín Dvořák's Cello Concerto in B minor, Op. 104.

Thank you for your feedback!
Back to navigation
Home Masterclasses catalogue
Cello Concerto in B minor, 2nd movement

In this masterclass, Clive Greensmith shows how to capture the appropriate character and quality of sound in the second movement of Dvořák’s Cello Concerto. In the opening, he works with the student to achieve simplicity in the music that contrasts with the passion of the first movement. As the piece goes on, Greensmith offers advice on how to use the bow most efficiently to sustain through passages and project over the orchestra. He points out places where the cello needs to play out more and where it can act more as an accompaniment. He also discusses the different registers of the cello and how one can imitate the different colors of the orchestra by varying the vibrato and bow speed and pressure.

By the end of the class, the student has gained a stronger understanding of the emotional pacing and organization of the movement and learned the technical tools to better convey it.

Dvořák’s Cello Concerto in B Minor is ironically known as one of the greatest concertos written for the instrument, given that the composer did not believe the cello was a strong solo instrument. The piece was composed during Dvořák’s time in New York, though premiered in London in 1896, and is his last work for solo instrument and orchestra. The first movement, Allegro, begins with a quiet introduction of the first theme in the clarinets, which is then passed around, culminating in a majestic presentation by the full orchestra. The second theme is beautiful and expansive, first sung by the horn. The solo cello does not take over until several minutes into the piece. It begins with an improvisatory proclamation and cycles through the thematic material in different keys. The part is technically demanding, using double stops and octave jumps.

The second movement, a lyrical Adagio, ma non troppo, quotes one of Dvořák’s own songs, “Lasst mich allein,” a favorite of his previous love interest turned sister-in-law who had recently passed. The movement begins slowly, but grows in intensity, and trades melodic lines between the soloist and wind instruments. The last movement, Finale: Allegro moderato — Andante — Allegro vivo, is a lively, rhythmic rondo. The cello engages in a nostalgic slow section toward the end that recalls material from the earlier movements before a brief, explosive conclusion.

Aim for excellence! You can improve your skills with expert advice. Download the annotated sheet music of this cello masterclass. Please note that this piece has been annotated in accordance to Clive Greensmith's feedback and comments. 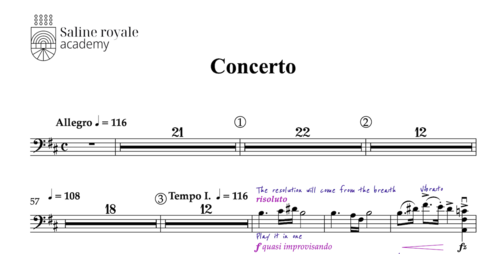 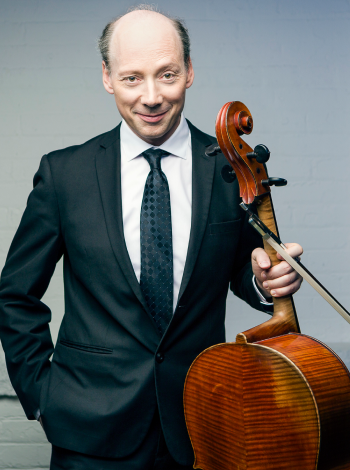 Professor of cello and Chamber Music at the Colburn school in Los Angeles.

From 1999 until its final season in 2013, Clive Greensmith was a member of the world-renowned Tokyo String Quartet, giving over one hundred performances each year in the most prestigious international venues, including New York’s Carnegie Hall, Sydney Opera House, London’s South Bank, Paris Chatelet, Berlin Philharmonie, Vienna Musikverein, and Suntory Hall in Tokyo. He has collaborated with international artists such as Andras Schiff, Pinchas Zukerman, Leon Fleisher, Lynn Harrell, Dmitry Sitkovetsky, Alicia de Larrocha, and Emanuel Ax.

Mr. Greensmith has given guest performances at prominent festivals worldwide. In North America he has performed at the Aspen Music Festival, Marlboro Music Festival, [email protected], La Jolla SummerFest, Santa Fe Chamber Music Festival, Cleveland Chamber Fest, and the Ravinia Festival. He is a regular guest of the Chamber Music Society of Lincoln Center and will undertake a national tour with Paul Huang, Wu Han, and Matthew Lipman in 2020. Internationally he has appeared at the Salzburg Festival in Austria, Edinburgh Festival in Scotland, Pacific Music Festival in Japan and the Hong Kong Arts Festival. As a soloist, Clive Greensmith has performed with the London Symphony Orchestra, Royal Philharmonic Orchestra, Seoul Philharmonic, and the RAI Orchestra of Rome among others.

Deeply committed to the mentoring and development of young musicians, Clive has enjoyed a long and distinguished teaching career. In addition to his fifteen-year residency with the Tokyo String Quartet at Yale University, Mr. Greensmith has served as a faculty member at the Yehudi Menuhin School and Royal Northern College of Music in England, the San Francisco Conservatory of Music and the Manhattan School of Music. In 2013, following the final concerts of the Tokyo String Quartet, Mr. Greensmith joined the faculty at the Colburn School, where he teaches cello and coaches chamber music for the Conservatory of Music and the Music Academy. Students of Mr. Greensmith have gone on to secure major positions in orchestras throughout the world and have won a number of prestigious awards. 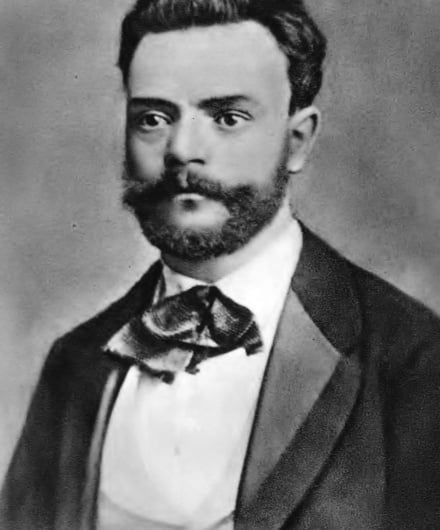 Antonín Dvořák is perhaps the most internationally known Czech composer. Born near Prague, Czech Republic in 1841, Dvořák was raised by his father, who was a professional musician and his mother, who had Bohemian ancestry. This Bohemian heritage would influence many of his compositions later in life.  As a teenager, he was sent to live with an uncle to learn German and wrote his first piece, a polka, in 1855. His musical education continued with organ, piano, violin, as well as music theory and composition lessons. His deeply religious family agreed to let him become a musician, but on the condition that we would become a professional organist. In 1857, he returned to Prague and was soon integrated into a professional orchestra. Bohemian Provisional Theater Orchestra’s director Jan Nepomuk Maýr hired Dvořák as a viola player. Working in such an environment provided young Dvořák with the advantageous opportunity to watch many concerts without having to pay for tickets. In 1862, he composed his first string quartet. He also played in Wagner-directed concerts, which would set off a lifelong admiration for the famous composer.

While working for the Bohemian Provisional Theater Orchestra, Antonín Dvořák fell in love with his colleague Josefína Čermáková, who never returned his affection. Dvořák later married Josefina’s sister Anna and had nine children with her. In 1871, he left the Provisional Theater to focus on composing. He proposed his first opera, The King and the Charcoal Burner, to his former employer at the Provisional Theater, but his work was rejected for being too difficult to stage. A philharmonic version was performed in 1872. In 1875, he wrote his second string quartet and in 1877, he won the Austrian State Prize with his Moravian Duets. The years of the 1880s were marked by strong anti-Czech sentiments in Vienna, and Dvořák was not spared. His Stabat Mater was particularly targeted by what the composer felt was “destructive criticism”. He left with his family and traveled to Russia and Britain, where his work was well appreciated. He then accepted a job as composition professor at the Prague Conservatory for a while, before moving to the US for three years, from 1892 to 1895, under contract at the National Conservatory of Music in New York City. Unfortunately, the music school underwent great financial difficulties, and in 1895, Dvořák and his family left the US permanently, returning to Europe. He went back to teaching in Prague and focused on chamber music and opera composition. In 1904, his health took a downturn, and he fell ill, dying a few months later in May of that same year. His most well-known pieces range from chamber music and Slavonic Dances to the majestic New World Symphony, as well as solo concertos for violin, cello, and piano.

See all Antonín Dvořák's masterclasses
Register and access this masterclass for free. No credit card required.

We have found 3 contents about Dvořák, Cello Concerto