Thank you for your feedback!
Back to navigation
Home Masterclasses catalogue
Cello Concerto, 4th movement, Op. 85

In this masterclass, Professor Yi-Bing Chu demonstrates how to capture the emotions in Elgar’s Cello Concerto without playing too tragically. Chu encourages the student to express a range of moods and characters. He also stresses the importance of singing through the sound, no matter what mood is being expressed.

Moreover, Chu helps the student choose a true Moderato tempo and slow his vibrato speed to fit into the sound. He also explains that there must be a consistent pulse and tempo throughout the piece except when the music is marked ad libitum. This way, there will be a clear contrast between the regular tempo and the rubato sections.

What’s more, Chu encourages the student to take his time with the pacing of dynamics; when a dynamic direction such as a diminuendo is written, the performer should take time to implement it.

Elgar composed his Cello Concerto in E minor in the summer of 1919, after a long period of inactivity. It was his last major composition. The premiere was unsuccessful due to a lack of rehearsal time, and the piece did not achieve its current level of widespread acclaim until Jacqueline du Pré recorded it in the 1960s. In this concerto, Elgar moved away from his previous elaborate romanticism and displayed a simpler yet refined expression. Though written in four movements, the piece is divided into halves, as the first and last two movements are performed without pause. The first movement, Adagio – Moderato, is in ternary form and opens with a cello recitative. The violas present the main theme, a lyrical but melancholic melody in 9/8 eventually taken over and developed by the solo cello and full orchestra. The second movement, Lento – Allegro molto, begins with a cadenza-like section, during which the cello presents the thematic material for the movement, as well as pizzicato chords strummed like a guitar, before the music develops into a quick scherzo.

The third movement, Adagio, presents a hauntingly beautiful theme that dominates from beginning to end, with the orchestra reduced to feature the solo cello. The piece concludes with Allegro – Moderato – Allegro, ma non-troppo – Poco più lento – Adagio. The movement cycles through various keys and themes and contains an expressive cadenza, ending with a recollection of material from earlier in the piece, before emphatic final chords.

Aim for excellence! You can improve your skills with expert advice. Download the annotated sheet music of this cello masterclass. Please note that this piece has been annotated in accordance to Yi-Bing Chu’s feedback and comments. 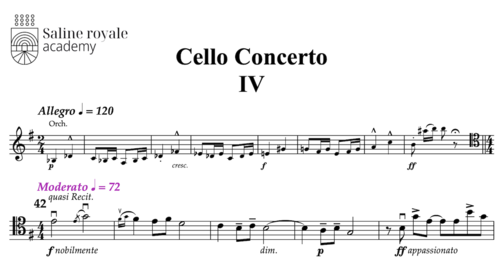 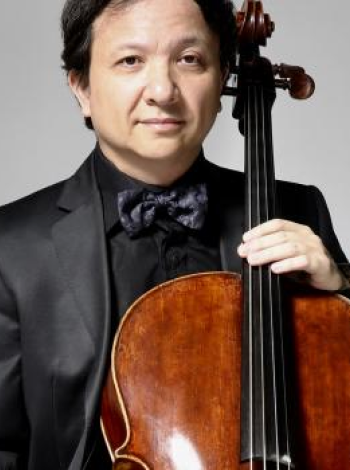 Winner of the International Music Performance Competition in Geneva in 1986

Born into a family of musicians, Yi-Bing Chu began to learn the cello at the age of 8 with his father, who was professor at the Central Conservatory of Music (Beijing, China). At an early age he began to perform, and at 10, he recorded his first disc. At that time, the Cultural Revolution in China was still underway and classical music was banned. Chu eventually enrolled in a class taught by celebrated cellist, Maurice Gendron, at the Conservatoire National Supérieur de Musique in Paris. He graduated in 1987 with a Premier Prix. Furthermore, he won First Prize at the Concours international d’exécution de musique in Geneva in 1986.

In 1989, Chu became principal cellist at the Basel Symphony Orchestra, Switzerland, and stayed there until 2004. From 2004 to 2018, he was appointed cello professor at the Central Conservatory of Music in Beijing. There, he passionately contributed to the spread and influence of chamber music throughout China. With this, Chu founded the China Philharmonic Cellists, made up of his cellist students. With them, he has given hundreds of concerts across the country.

He has performed for prominent figures, such as the presidents of China, France and the United States. Chu is keen on spreading classical music to as many people as possible, by giving concerts in universities, hospitals, factories and jails for millions of Chinese people who have little access to this genre. He also founded the SuperCello Festival, Beijing, and produced three recordings with his cellist students. 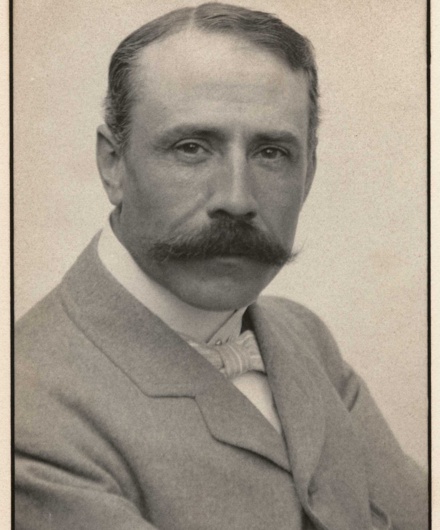 Edward Elgar was born in Lower Broadheath, England in 1857, and was a composer, musician and conductor. He and his siblings received a musical education through the local church and Elgar started to take piano and violin lessons at the age of 8. He also received a formal education. Because his father was selling musical instruments and tuning pianos at prestigious local houses, he took his son with him, giving him the opportunity to play. Later, Elgar wished to enter the Leipzig Conservatory, but his family could not afford it.

After graduating from school, he worked as a clerk in an office and started to perform in front of an audience. Many said that young Elgar could pursue a career as a solo violinist, but Elgar preferred to work as a conductor, coaching musicians, writing arrangements and so on. Despite his timidness, Elgar did well in Worcester’s social circles and was able, through friends and acquaintances, to attend concerts and festivals. In the early 1880s, he visited Paris and Leipzig, and in 1883, he became engaged to a young woman named Helen. This engagement would unfortunately not last. It is often noted that Elgar had a very romantic, almost naïve, vision of love and each new woman he was in love with took a lot of space in his life. One of them was Alice Stuart Wortley, who married him despite her family disapproving, and became his number one supporter and critic. Elgar’s career was not taking off and many years passed during which he became increasingly desperate to finally “make it.” His reputation as a composer and conductor was well-established, but he was not by any means famous or rich.

In 1899, at age 42, things radically changed for him when he produced his Enigma Variations in London. The concert was such an astonishing success that he became famous overnight, being called the “successor of recently-deceased Sir Arthur Sullivan”. Few British composers enjoyed a celebrity status, as most European composers were French, German, Austrian etc. During the First World War, Elgar was regarded as a patriot, writing war pieces. In the 1920s, he left the city due to his declining health, and faced tragedy after the sudden loss of his wife, Alice. He eventually passed from cancer at the age of 76. His musical legacy consists of various masterpieces for strings, with essential pieces like his Cello Concerto in E Minor, Op. 85; Enigma Variations, Op. 36 and the most famous Pomp and Circumstance Marches.

See all Edward Elgar's masterclasses
Register and access this masterclass for free. No credit card required.

We have found 1 contents about 20th century Cello