Alexander Chaushian confides in us about his life, musical career as well as reveals anecdotes and secrets of the trade in this must-see interview!

Thank you for your feedback!
Back to navigation
Home Masterclasses catalogue
Interview - Alexander Chaushian 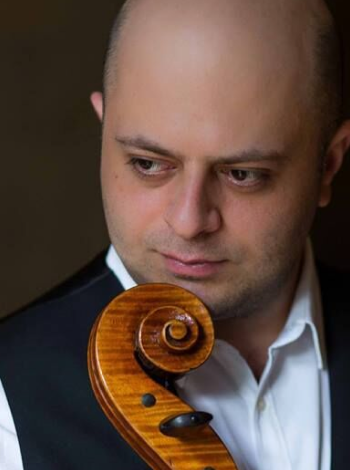 Regarded as one of the finest cellists, Alexander Chaushian has performed extensively throughout the world as a soloist with orchestras such as the Royal Philharmonic Orchestra, the Philharmonia, the Academy of St Martin-in-the-Fields, The London Mozart Players, The Vienna Chamber Orchestra, Orchestre de la Suisse Romande, The Boston Pops, and The Armenian Philharmonic. He has given highly acclaimed performances in such venues as London’s Royal Festival Hall, Queen Elizabeth Hall and Wigmore Hall, Sala Verdi Milan, Konzerthaus Vienna, Suntory Hall Japan, and more. He performs regularly in festivals throughout the world and is the Artistic Director of the International Pharos Chamber Music Festival in Cyprus and the Yerevan Music Festival in Armenia.

After studying in Armenia, Alexander Chaushian continued his studies in the UK at the Menuhin School and the Guildhall School, London. He then pursued advanced studies at the Hochschule Berlin, graduating with distinction in 2005. He is a laureate prize winner of many international competitions, including the 12th International Tchaikovsky Competition in Moscow and the ARD Competition in Germany. As an alumnus of Young Concert Artists, New York, he toured extensively in the USA.

Among the many distinguished musicians whom he has collaborated with are Yehudi Menuhin, Julia Fischer, Levon Chilingirian, Yuri Bashmet, Diemut Poppen, François-Frédéric Guy, Emmanuel Pahud. His regular chamber music partner is Yevgeny Sudbin.

Register and access this masterclass for free. No credit card required.