Barnabás Kelemen confides in us about his life, musical career as well as reveals anecdotes and secrets of the trade in this must-see interview!

Thank you for your feedback!
Back to navigation
Home Masterclasses catalogue
Interview - Barnabás Kelemen 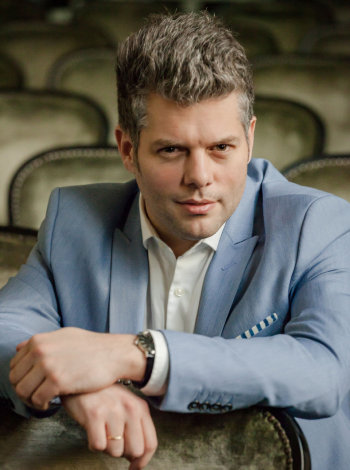 Barnabás Kelemen has performed at some of the most famous concert halls in the world with his virtuoso technique and dynamic, passionate playing style. Versatile and open-minded, he is an outstanding soloist and chamber musician, as well as an Artistic Director of various festivals, and a teacher at renowned institutions. In recent years, he has also worked professionally as a conductor.

His repertoire is very diverse, including works from early Baroque, Classical, Romantic works, as well as pieces from the twentieth century. Additionally, he is a devoted advocate of contemporary music.

Barnabás Kelemen has worked with conductors such as Lorin Maazel, Sir Neville Marriner, Vladimir Jurowski, Marek Janowski, Michael Stern, Krzysztof Urbanski, Zoltán Kocsis, Péter Eötvös, and Iván Fischer. He is also an avid conductor himself – in recent seasons he has directed the Hungarian National Philharmonic Orchestra, the Indianapolis Symphony Orchestra, the Israeli Chamber Ensemble, the Amsterdam Concertgebouw Chamber Orchestra, and the symphonic orchestras of the Hungarian cities of Szombathely, Győr, and Pécs. On top of all this, he is a sensitive and experienced chamber musician who has played with artists of the calibre of Dezső Ránki, Steven Isserlis, Miklós Perényi, Alina Ibragimova, Vilde Frang, José Gallardo, and Andreas Ottensamer.

Together with Katalin Kokas, he is the Founder and Artistic Director of the Festival Academy Budapest Chamber Music Festival, which regularly features artists such as Vilde Frang, Maxim Rysanov, Shlomo Mintz, and Joshua Bell.

Register and access this masterclass for free. No credit card required.