Thank you for your feedback!
Back to navigation
Home Masterclasses catalogue
Carnaval

About this piano masterclass

In this masterclass, Professor Jacques Rouvier explores the different characters within Schumann’s Carnaval. He demonstrates how and when to use the pedal to bring out the overarching pulse, produce an even sound, and clarify the articulation. He distinguishes between moments when the music must be legato and when it must be detached. With this, he cautions against losing the pronunciation in the notes in softer dynamics.

Rouvier describes the qualities of both the Carnaval in general and each individual piece, and helps student Niccolo Spolettini bring them to life. The professor also works with the student to relax his arms, breathe, and play with more ease.

What we learn in this piano masterclass

Schumann's Carnaval is a suite of 21 short piano pieces connected by a recurring motif of four notes: A, E-flat, C, and B. In German, E-flat can represent the letter 'S' and B can represent the letter 'H,' so this grouping of notes is believed to symbolize both Schumann’s name and the town of Asch, where his fiancée at the time was born. The overall cycle illustrates the scene and characters at a grand, masked ball - some pieces depict fictional characters from commedia dell'arte, while others are coded evocations of real individuals, including Clara Wieck, Ernestine von Fricken, Paganini, Chopin, and even the conflicting sides of Schumann’s own personality. Despite its considerable technical challenges, this stunning collection of character pieces remains one of Schumann's most programmed works.

Aim for excellence! You can improve your skills with expert advice. Download the annotated sheet music of this piano masterclass. Please note that this piece has been annotated in accordance to Jacques Rouvier’s feedback and comments. 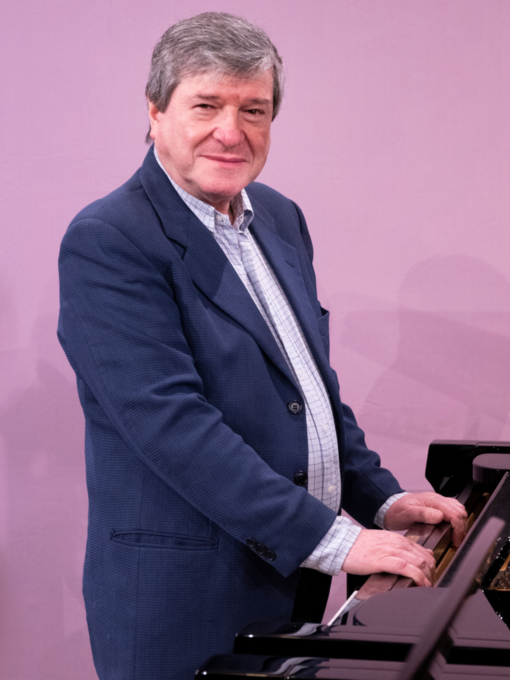 Jacques Rouvier was born in Marseilles into a family of musicians. He attended the CNSMD in Paris (Conservatoire National Supérieur de Musique et de Danse), where he was taught by Vlado Perlemuter, Pierre Sancan, and Jean Hubeau. He won first prizes in both piano and chamber music. Rouvier then decided to broaden his knowledge about wind section and leading orchestra at the CNSMD too. He owes much to Pierre Barbizet and Jean Fassina. Rouvier won several competitions such as the “Giovan Battista Viotti” International Music Competition, Maria Canal International Music Competition, the European Broadcasting Union Competition, the Long-Thibaud Competition, and the Competition of the Fondation de la Vocation. In 1970, he founded the Rouvier-Kantorow-Muller trio, with whom he still performs regularly.

Since 1979, he has taught at the CNSMD in Paris and at the Berlin University of the Arts. 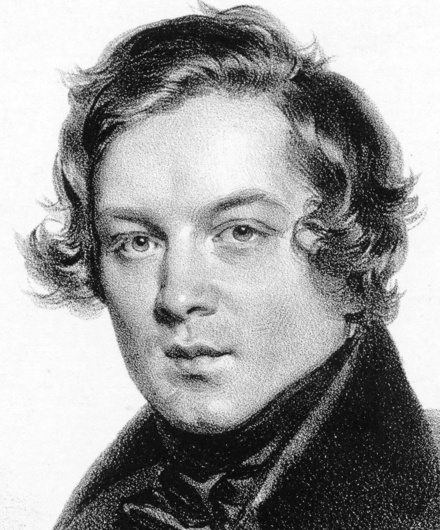 Born in Zwickau, Saxony (Germany) on June 8, 1810, Robert Schumann was a renowned Romantic composer still celebrated today mainly for his orchestral works and piano compositions. Many of his most famous piano compositions were dedicated to his wife and established pianist, Clara Schumann.

Unlike many composers before him, Schumann did not come from a musical family. Despite this, Robert began learning the piano at an early age at six-years-old. As a teenager, the young musician would become heavily influenced and inspired by Austrian composer Franz Schubert as well as the German poet, Jean Paul Richter. At seventeen, Robert Schumann began composing music that same year.

In 1828, Schumann studied for a few months with famed teacher, Friedrich Wieck — leading to the faithful meeting with Wieck’s daughter Clara. A year later, the young composer left Leipzig for Heidelberg where he composed several waltzes, which were later recycled in his works Papillons (Op. 2). He practiced the piano vigorously until he became a virtuoso pianist. He would return to study with Wieck in Leipzig.

The 1830s was a time for prolific writing and composing for Robert Schumann, where many of his piano pieces were published. They included Papillons, Carnaval, and Études symphonies. Around this period, Clara and Robert would eventually marry.

Robert Schumann would go on to write Davidsbündlertänze, Phantasiestücke, Kinderszenen, Kreisleriana, Arabeske, Novelletten as well as some chamber works — a departure from his usual compositions.

By the 1840s, Robert Schumann’s works lost the magic that they once had earlier in his life. He suffered from mental illness and would have periods of severe depression and anxiety. He lived the rest of his days near Bonn and died in 1856.

See all Robert Schumann's masterclasses
Register and access this masterclass for free. No credit card required.

We have found 3 contents about Schumann, Piano Works