Thank you for your feedback!
Back to navigation
Home Masterclasses catalogue
Four Impromptus, Op. 142

In this masterclass, Professor Stephen Kovacevich works with student Rodolphe Menguy on style, melody, and balance in the Four Impromptus, D935 by Franz Schubert. He helps the student find the most effective tempo from the beginning and then maintain it throughout. Professor Kovacevich encourages the student to pay equal attention to both his hands simultaneously so he is always aware of the balance and sense of duet. He also offers numerous suggestions on phrasing, articulation, and dynamics with the goal in mind of playing in the correct style and creating flowing, melodic lines. He cautions against playing in too Classical of a style or becoming too concerned with individual notes rather than longer phrases. Finally, Professor Kovacevich helps the student highlight some of the more surprising moments and character changes to create the most engaging interpretation possible.

Franz Schubert wrote eight Impromptus for solo piano over the course of his short life. Though they are now categorized into two sets of four, only two were published while he was alive. The second set, D935, was published completely posthumously. An impromptu is a short work usually written for a solo instrument that has a free form and improvisatory nature. Schubert likely wrote these as performance pieces for himself as well as because publishers were looking for palatable, shorter, and less intense works to produce for piano. The first Impromptu in D935 presents itself in something close to a sonata form, though there is no development, leading some musicians to believe this set of impromptus was secretly meant to be a full sonata. It is in the key of F minor and has great emotional depth and contrast despite its short length. The second Impromptu is in A-flat Major and involves a beautiful melody over a supporting accompaniment, with a contrasting middle section. The third Impromptu is a theme and variations in B-flat Major, with the variations generally growing in complexity as the piece progresses. The fourth and final Impromptu returns to F minor. Full of changes between triple and duple meter, syncopation, dynamic contrast, and difficult passagework, it serves as a dazzling conclusion to the set. 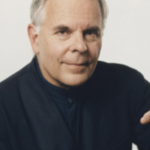 Aim for excellence! You can improve your skills with expert advice. Download the annotated sheet music of this piano masterclass. Please note that this piece has been annotated in accordance to Stephen Kovacevich’s feedback and comments. 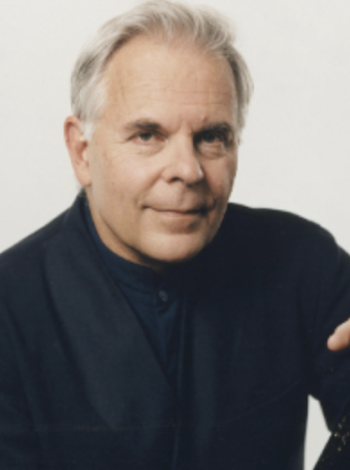 He has conducted the Chamber Orchestra of Europe

Stephen Kovacevich is widely recognised as one of the most revered artists of his generation.  With an international career spanning more than six decades, he has long been recognised as one of the most searching interpretors – “A musician completely absorbed in his craft, his interpretations are like no one else’s and always eminate directly from the heart: musical messages of wisdom, peace, resignation, and hope” (The Washington Post).

Born in Los Angeles, Kovacevich laid the foundation for his career as a concert pianist at the age of eleven.  After moving to England to study with Dame Myra Hess, he made his European debut at Wigmore Hall in 1961. Since then, he has appeared with many of the world’s finest orchestras and conductors, including Hans Graf, Bernard Haitink, Kurt Masur, Yannick Nezet-Seguin, Sir Simon Rattle, and the late Sir Georg Solti.

In recital, recent and forthcoming highlights include performances in Europe, Asia, and the United States – including the NCPA (Bejing), the Phillips Collection (Washington), the Bridgewater Hall (Manchester), and the Wigmore Hall (London). Kovacevich also performs regularly across the Far East, Australia, and New Zealand, and is a regular guest at prestigious festivals worldwide – including Lugano, Verbier, and the Mariinsky International Piano Festival (the latter by personal invitation of Valery Gergiev).

Over the course of his extensive career, Kovacevich has forged many long-standing artistic partnerships, such as that with the late Sir Colin Davis with whom he made numerous outstanding recordings, including the legendary Bartok Piano Concerto No.2 with the BBC Symphony Orchestra.  Another such long-term affiliation is his professional partnership with Martha Argerich, with whom he regularly performs in duo on the world’s leading concert stages.  Recent and forthcoming highlights for the Argerich-Kovacevich Duo include recitals at Het Concertgebouw (Amsterdam), Philharmonie (Paris), Victoria Hall (Geneva), the Walt Disney Concert Hall (Los Angeles), and the Wigmore Hall (London).

Kovacevich is a committed chamber musician, with collaborations over the course of his long career including with such luminaries as the late Lynn Harrell, Jacqueline du Pré, and Joseph Suk.  Kovacevich now enjoys regular artistic collaborations with such violinists as Nicola Benedetti, Renaud Capuçon, and Alina Ibragimova; cellists Gautier Capuçon, Steven Isserlis, and Truls Mørk; flautist Emmanuel Pahud; and the Amadeus, Belcea, and Cleveland quartets. 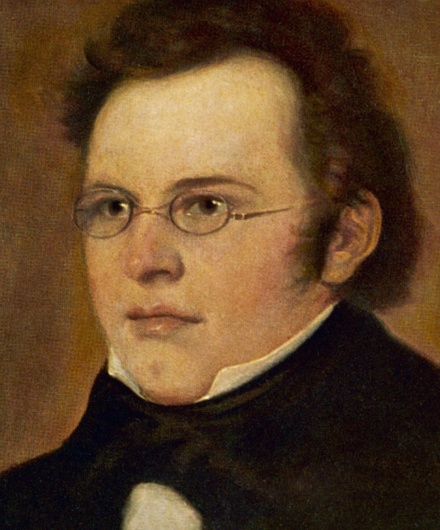 Franz Schubert was born in Vienna, Austria in 1797 and displayed a natural musical talent at an early age. Growing up in a musical family, Schubert’s own brother would be his first music teacher. At 7-years-old, the young boy was sent to audition with Antonio Salieri to begin his formal education. After a successful meeting, Schubert was recruited to sing mezzo-soprano in a small choir for the services in the imperial Hofkapelle. Around this time, he learned how to play the violin, counterpoint, figured bass, singing, and organ lessons by his father.

His education would continue at the Royal City College, where he would remain for the following five years. During these early years of his life, Schubert already began to compose is first masterpieces. By adolescence, his understanding of composition deepened, and the now prolific composer wrote 150 songs by eighteen-years-old. Many of the lieder he wrote during this time are still widely celebrated for their mastery today. They include, An die musik, Nacht und Träume, Der Erlkönig, Ich wollt, and more.

Despite the composer’s genius and the fact that he managed to publish some of his works during his lifetime, Schubert was economically unstable, which worsened after 1824 after showing early symptoms of syphilis that would eventually take his life in 1828.

Franz Schubert’s work embodies two periods of classical music: Viennese classical and early Romanticism. His pieces are emotional and poetic in nature, but nevertheless fit a classical mold.  Schubert enjoyed experimenting with expression, modulation and was very influential in the genre of the Lied.

See all Franz Schubert's masterclasses
Register and access this masterclass for free. No credit card required.