In this masterclass, Alexei Ogrintchouk works with Josef Vik to capture the long lines and expressivity in the first movement of Strauss’ Oboe Concerto.

Thank you for your feedback!
Back to navigation
Home Masterclasses catalogue
Oboe Concerto, TrV 292, 1st movement

In this masterclass, Alexei Ogrintchouk works with Josef Vik to capture the long lines and expressivity in the first movement of Strauss’ Oboe Concerto. He begins with mentioning the unusually light quality of this work by Strauss, and thus the importance of bringing that quality out. He helps the student achieve long, legato musical lines that lack unwanted accents. He encourages the student to relax and play stress-free, as that is what the music calls for. He cautions the student against shortening slurred notes, as this detracts from the music. He also demonstrates how to articulate clearly and cleanly without adding unwanted heaviness to the front of articulated notes. Much of the class is spent on phrasing. The student learns to have musical direction at all times, particularly on notes with long values, which must always be leading toward or away from somewhere. Ogrintchouk helps the student find the tension and release in the phrases and therefore sound more intentional in his musical ideas.

In 1945, Richard Strauss was apprehended by American soldiers in his home. After explaining that he was a composer and musician, a sign stating “off limits” was placed in front of his house. Among the American soldiers was John de Lancie who would later become First Oboist for the Pittsburgh Symphony Orchestra. He asked the composer if he would consider composing a concerto for the oboe, to which Strauss refused but reconsidered the proposition at a later date. A year later, the concert premiered in Zürich, Switzerland with Marcel Saillet as soloist, accompanied by the Zürich Tonhalle Orchestra, and conducted by Volkmar Andreae.

The concerto was written for an oboe soloist with an orchestra consisting of two flutes, an English horn, two clarinets, two bassoons, two horns, and strings. It has three movements which include I. Allegro moderato; II. Adante; and III. Vivace Allegro. Furthermore, this oeuvre is made up of three main themes. The first theme is four sixteenth notes (Ré, Mi, Ré, Mi). The second theme is characterized by a long note followed by sixteenth notes. Lastly, the third theme is a sequence of short notes then long followed by differing continuations. After the second cadenza, Strauss concludes the the piece with a surprise by inserting a playful Allegro in 6/8 meter, which almost playfully emerges as a fourth movement with a unique personality of its own.

The longer values would not sound static or dead, musically... Like if we put a movie on pause, no? It should flow forward... It's always inside of the line with the continuation. Music is going on, all the time.

Aim for excellence! You can improve your skills with expert advice. Download the annotated sheet music of this oboe masterclass. Please note that this piece has been annotated in accordance to Alexei Ogrintchouk’s feedback and comments.

He has won several international competitions including the prestigious ICES International Competition in Geneva at the age of 19.

Alexei Ogrintchouk is a laureate of numerous international competitions (Moscow, Prague, Paris), and recipient of two Victoires de la Musique Classique.
Since August 2005 he has been principal oboe with the Royal Concertgebouw Orchestra in Amsterdam.

He has performed as a soloist and chamber musician throughout Europe, in Israel, the United States and Japan, and has participated in several world premieres for oboe and orchestra.
Alexei Ogrintchouk is professor of oboe at the Haute Ecole de Musique de Genève and at the Royal Conservatory of The Hague in the Netherlands. He also gives numerous masterclasses throughout the world. 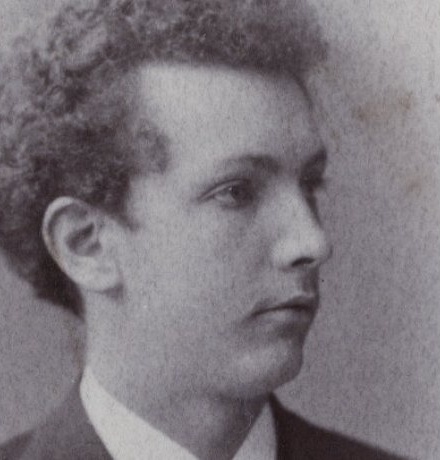 Richard Strauss was a German pianist, composer, and conductor born in Germany in 1864. His father was a professional musician, and Richard himself started taking piano lessons at the age of four. This was followed by composition and the violin classes starting from the age of eleven. While studying, he saw two productions of Wagner’s operas that made a significant impression on him. After graduating from the Ludwigsgymnasium in 1882, Strauss briefly studied art history and philosophy. Vocationally, however, he would continue to work in the musical milieu. Firstly, by becoming the assistant conductor at the Meiningen Court Orchestra. Later, he was appointed as the interim-leader of the orchestra when his boss and mentor Hans von Bülow suddenly quit his position. This brief period of Strauss’s musical life was marked by a true fascination with composer Johannes Brahms. A few years after meeting and marrying the love of his life, soprano Pauline de Ahna, he composed his first opera, Guntram, in 1894. It was not well received, but pushed him towards the forefront of the musical scene. When his first symphonic poem Don Juan premiered, it received great acclaim.

In 1894, after the Guntram debacle, he conducted Wagner’s Tannhäuser with Pauline singing the lead role of Elizabeth. He then assumed the role of lead conductor at the Berlin State Opera and stayed there for 15 years. WWII proved to be exceedingly difficult for Strauss and his family, especially when part of his daughter-in-law's family was deported and murdered, even though he had tried to intervene to prevent the tragedy. He was not popular with Nazi officials, but was left alone because of Nazi Germany’s interest in supporting German composers and musicians. The aftermath of the war was not a prosperous one: like most Germans, Strauss’s assets and money were seized, and he left the country to settle in Switzerland with Pauline. Even though he was over 80, he had to continue working as he needed income to live. In 1948, he was hospitalized due to a bladder infection, and he never fully recovered. Soon after, he died from a heart attack and kidney failure.

Despite Richard Strauss’ difficult final years marked by distress and financial instability, he managed to leave a great legacy behind. He has undeniably influenced many 20th musicians and composers. His most celebrated works include his operas Salome, Elektra, Der Rosenkavalier, his Lieder, especially his Last Four Songs, his symphonic poems including Sprach Zarathustra, Don Juan, Death and Transfiguration, Till Eulenspiegel's Merry Pranks, An Alpine Symphony, and many other instrumental works.

See all Richard Strauss's masterclasses
Register and access this masterclass for free. No credit card required.