Piano Concerto No. 23 in A Major, 2nd movement

Piano Concerto No. 23 in A Major, 2nd movement

In this masterclass, Till Fellner and Nao Sumimura work on bringing out the melody, pedaling, and playing more dramatically.

Thank you for your feedback!
Back to navigation
Home Masterclasses catalogue
Piano Concerto No. 23 in A Major, 2nd movement

Till Fellner works with student Nao Sumimura to add more expression to her playing. He encourages the student to cultivate a more operatic quality of playing, both by being more extroverted in dynamic range and emotions, as well as producing a legato, singing quality throughout. He also points out the distinctions in characters; the performer has an opportunity to change color and resonance, to vacillate between tragedy and simple espressivo.

The professor offers advice on how to use the pedal to create long lines without sacrificing clarity of articulation, and demonstrates where to be more expansive in the phrasing. He also discusses the importance of knowing the orchestral part and using it to make decisions about dynamics and balance.

Piano Concerto No. 23 in A Major by Wolfgang Amadeus Mozart

Mozart composed his Piano Concerto No. 23 in A Major in 1786, shortly before premiering his famous opera Le nozze di figaro. It was one of three piano concerti that he performed in 1786 and became one of his most popular, particularly for its second movement. Mozart’s piano concerti in general were groundbreaking for classical music in terms of orchestral involvement and expression; this particular concerto is interesting because it is the first Mozart concerto to incorporate clarinets in the orchestration. The first movement, Allegro, is in a classic sonata form in the tonic key with a double exposition, played first by the orchestra and then by the soloist. The cadenza is one of the few Mozart cadenzas to be committed to a score rather than improvised. The second movement, Adagio, known for its unique beauty, is the only piece Mozart ever wrote in F-sharp minor and one of the last slow movements he ever wrote in a minor key. The winds play an important expressive role in this movement.

The piece ends with Allegro assai, a rondo that brings the listener back to a cheery state after the poignant second movement. The orchestra and soloist trade passages back and forth until arriving back in the home key for a jovial conclusion.

Aim for excellence! You can improve your skills with expert advice. Download the annotated sheet music of this piano masterclass. Please note that this piece has been annotated in accordance to Till Fellner’s feedback and comments. 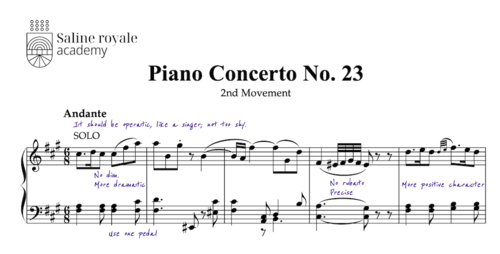 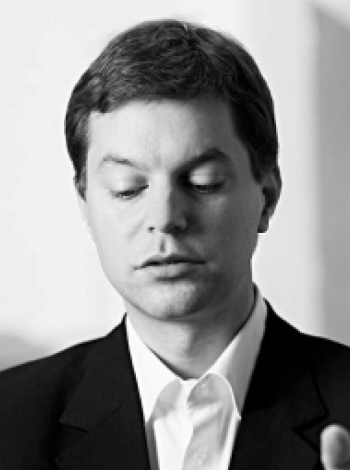 First prize in the Clara Haskil International Piano Competition in Vevey, Switzerland in 1993.

Originally from Vienna, Austria, Till Fellner studied with Helene Sedo-Stadler before going on to study privately with Alfred Brendel, Meira Farkas, Oleg Maisenberg, and Claus-Christian Schuster. Till Fellner’s international career began in 1993, when he won first prize at the renowned Concours Clara Haskil Competition in Vevey, Switzerland. Since then, he has been regularly invited to play for prestigious orchestras, festivals and music centers of Europe, the United States, and Japan. He regularly collaborates with world-famous musicians, and has produced numerous recordings of the most important works in the piano repertoire. He has been teaching at the Zurich Hochschule der Künste since 2013.

Over the past few years, he has dedicated himself to two milestones of the piano repertoire: The Well-Tempered Clavier of Johann Sebastian Bach, as well as the 32 piano sonatas of Ludwig van Beethoven. He performed the Beethoven cycle from 2008 to 2010 in New York, Washington, Tokyo, London, Paris, and Vienna. Moreover, Fellner has premiered works by Kit Armstrong, Harrison Birtwistle, Thomas Larcher, Alexander Stankovski, and Hans Zender. The ECM label, for whom Till Fellner is an exclusive recording artist, has released the first book of The Well-Tempered Clavier and the Two & Three-Part Inventions of J. S. Bach, Beethoven’s Piano Concertos Nos. 4 & 5 with the Montreal Symphony Orchestra and Kent Nagano, chamber music by Harrison Birtwistle. In 2016, Alpha Classics released the recording of the piano quintet by Johann Brahms with the Belcea Quartet. This recording received the “Diapason d’Or de l’Année”. Two years later, a CD entitled Till Fellner in Concert, a live recording featuring the works of Franz Liszt and Beethoven was publicly released. 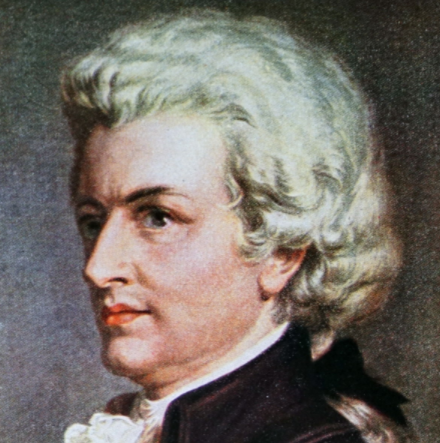