Thank you for your feedback!
Back to navigation
Home Masterclasses catalogue
Havanaise

In this masterclass, Professor Gérard Poulet, and student Wakana Taniguchi work together on the spirited piece Havanaise by French composer Camille Saint-Saëns. Professor Poulet indicates to his student to try another tempo as the one she is following it is too “heavy,” and is interfering with the clarity of the piece. With this, Taniguchi is advised to play the work in a lighter and spirited manner.

Moreover, Poulet advises her to pay close attention to the nuances, to avoid slowing down, and to always keep in mind the habanera style of the piece. Lastly, Taniguchi is encouraged to be “brave” and have fun when interpreting Saint-Saëns’ piece.

It is believed that Camille Saint-Saëns was inspired to write the legendary Havanaise (1887) for solo violin and orchestra while listening to the sounds of the crackling fire in his hotel room while on tour in Brest. While many French composers of the time were fascinated by the exotic music of Spain, Saint-Saëns decided to explore further by incorporating rhythms and melodies from further away in Cuba. Thus, the work is dedicated to Cuban violinist Rafael Díaz Albertini and takes inspiration from the Cuban habanera rhythm, which consists of a triplet followed by a duple rhythm. It opens with the presentation of a beautiful, lilting melody in the violin that incorporates this habanera rhythm. Throughout the work, captivating melodies alternate with highly virtuosic passages that show off the technical capabilities of the instrument.  The ten-minute, one-movement piece has become one of the most popular and well-known show pieces for the violin. 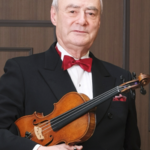 It is like a bird flying away in the sky.

Aim for excellence! You can improve your skills with expert advice. Download the annotated sheet music of this violin masterclass. Please note that this piece has been annotated in accordance to Gérard Poulet’s feedback and comments. 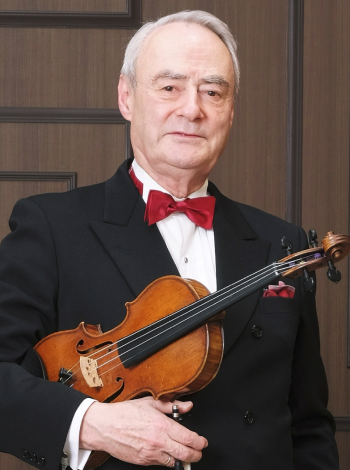 At the age of 18, he won the 1st Grand Prix of the Paganini Competition in Genoa.

Gérard Poulet began as a child prodigy. His father, violinist and conductor Gaston Poulet had the privilege of premiering Debussy’s Sonata in 1917, with the author at the piano. Gérard entered the Conservatoire National Supérieur in Paris at the age of eleven, and graduated two years after being awarded First Prize, unanimously. At age eighteen, he won the First Prize at the Paganini Competition in Genoa.

He performs worldwide today with the finest orchestras, and in the most prestigious musical seasons, including that of Radio France and the Musée d’Orsay. No less than an eminent concert player, he is one of the greatest pedagogues of our time. Since April 2005, Gérard Poulet has been an invited professor at Tokyo's National University of Fine Arts and Music, after teaching for many years at the Conservatoire National Supérieur de Musique de Paris, as well as at the Conservatoire National de Région de Paris, and the Ecole Normale de Musique in Paris. Presently, he is professor at the Showa University of Music in Japan since 2010.

In addition to giving masterclasses all over the world, he is also a member of many juries of major international competitions.

Camille Saint-Saëns (1835-1921) was a French composer, organist, pianist, and educator. He was born in Paris, where he lived with his mother and aunt. A child prodigy, he displayed remarkable talent on the piano as well as a perfect pitch from a young age. He performed for small audiences as a child before making his official debut at ten years old. At thirteen, he entered the Paris Conservatory, where he studied organ with François Benoist and composition with Fromental Halévy. Though he never won the coveted Prix de Rome, he did win top prizes in organ performance and was successful in other composition competitions, drawing attention to himself as a young composer to watch. Upon graduating, he began work as an organist. He initially took a job at the Church of Saint-Merri before landing a more prestigious position at the famous Church of Madeleine in 1858, where he worked for twenty years.

Saint-Saëns became friends with several prominent composers of the time, most notably Franz Liszt, who encouraged his career. He returned the favor by promoting Liszt’s works, along with those of Schumann and Wagner. From 1861-65, he taught piano at the Niedermeyer School, where he exposed his students to these contemporary works, straying from the traditional curriculum. After he left the school, he turned his attention more prominently to performance and composition. In 1867, he won the composition prize at the Grande Fête Internationale competition in Paris, and in 1868, he premiered his second piano concerto, which gained him widespread recognition as the first French composer to write a significant piece in this genre.

In the 1870s, Saint-Saëns briefly fled to London during the Franco-Prussian War. He also married Marie-Laure Truffot, though they soon became estranged after tragically losing their two young sons. Despite these personal tragedies, he began to find even more success in his career. He took an interest in composing symphonic poems in the style of Liszt, the most famous of which was his 1874 Danse Macabre. In 1877, his popular opera Samson and Dalila premiered, which is still frequently performed today. He also toured extensively across the world, performing on piano and conducting his orchestral works.

In 1886, he premiered his beloved third symphony, commonly known as the Organ Symphony, and completed perhaps his most well-known work, Carnival of the Animals. Ironically, Saint-Saëns refused to allow this work to be premiered during his life for fear that it would ruin his reputation as a serious composer. Today, it is treasured by audiences and often used to introduce children to the instruments of the orchestra.

Moving into the twentieth century, Saint-Saëns never adapted to the modern French style adopted by composers such as Debussy. He became known as a conservative composer, despite his support of contemporary and experimental music earlier in his career. Perhaps it is for this reason that only a few works from his massive output remain popular today. Nonetheless, he is remembered as a musical genius, a piano and organ prodigy, and an esteemed professor. He died in 1921 of a heart attack. He was given a state funeral at the Church of Madeleine, and later buried in the Montparnasse cemetery.

See all Camille Saint-Saëns's masterclasses
Register and access this masterclass for free. No credit card required.