In this session, Claire-Marie Le Guay instructs the importance of synchronization between piano and orchestra, creating musical direction, and playing with balanced hands.

Thank you for your feedback!
Back to navigation
Home Masterclasses catalogue
Piano Concerto in G major

Firstly, Nikiforov is instructed to reveal the various elements and contrasts of the piece. According to Le Guay, Ravel’s Piano Concerto in G in plays like “permanent dissonant waves” and requires great dexterity and articulation from the pianist. The professor advises her student to work slowly and with precision before attempting to play at the right tempo.

What’s more, the pair discuss the left hand, playing with power and weight, and the importance of learning how to play with an orchestra and conductor.

French composer Maurice Ravel wrote this concerto between 1929 and 1931, premiering in Paris in 1932. Soon after, the piece was played throughout Europe and was recorded several times. Ravel intended to write an entertaining piece, with influences from Basque folk music and jazz.

The composition consists of three movements. The first movement, the allegramente begins sharply, followed by an exposition containing 5 themes and a lively development section. The second movement, the Adagio assai is in contrast, a slow and peaceful movement. Lastly, the third movement, a Presto is the shortest movement of the three and demonstrates some jazz influences.

Aim for excellence! You can improve your skills with expert advice. Download the annotated sheet music of this piano masterclass. Please note that this piece has been annotated in accordance to Claire-Marie Le Guay’s feedback and comments. 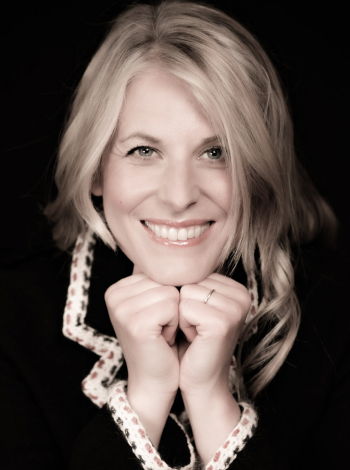 First prize winner at International Contest of Chamber Music of Portogruaro in Italy (1990).

Claire-Mairie Le Guay is a highly sought-after solo pianist who has performed with many prestigious conductors and orchestras, including Orchestre de Paris, the Symphonieorchester des Bayerischen Rundfunks, the New Japan Philharmonic, and the London Philharmonic Orchestra. She is a prizewinner of numerous international competitions, including the Victoires de la Musique and the Banque Populaire Foundation. Le Guay has performed recitals at many leading festivals, among them the Festival International de Piano de La Roque d’Anthéron, the MDR Musiksommer, Klavier-Festival Ruhr in Germany, and the Lockenhaus Festival in Austria. Her recordings of Liszt, Schumann, Hadyn, Mozart, and Dutilleux have all been noted and praised by the press such as the Pianiste, Choc de Classica, Diapason, Gramophone, and Mirare. Claire-Marie Le Guay attaches great importance to musical transmission, a passion that has led her to participate in ‘Au coeur d’une oeuvre’ a concert series that took place from 2014-2017 at the Salle Gaveau in Paris, as well as a series of concert-lectures entitled ‘Concerts Guidés’. Since 2012, Le Guay has collaborated with the Opéra de Dijon in presenting various pedagogical projects, and has developed an educational project for families at the Aix-en-Provence Easter Festival. In 2015, Claire-Marie Le Guay was appointed Eisenhower Fellow in recognition of her commitment to the popularization and transmission of classical music. She has been a professor at the Académie de Musique Française of the École Normale de Musique de Paris since 2002 and is the Artistic Director of the Festival international de musique de Dinard. 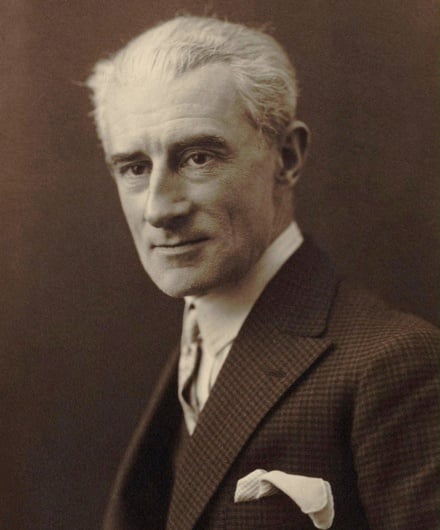 French composer Maurice Ravel was born in the French southwestern town of Ciboure in 1875. His parents moved to Paris shortly after his birth, and by age seven, Ravel began piano lessons. Five years later, at age twelve, he started composing. He was then admitted to the Conservatoire de Paris as a piano student, but was a very average student; he preferred composition. After graduating from the Conservatoire, he pursued his love for composition and was re-admitted to the prestigious musical institute, studying composition under Fauré.

In the 1900s, he adapted many of his piano compositions into orchestral works before WWI broke out in Europe. Ravel wanted to join, but was too old, and his health was not optimal. He nonetheless succeeded in being enlisted in 1915 as a lorry driver. The war changed him, like many soldiers who struggled to return to “normal” life. The 1920s were prolific for Ravel, as he composed many of his most famous pieces during that time. By the 1930s, he turned his attention to piano concertos.

Unfortunately, Ravel was in a traumatic taxi accident in 1932, which was not treated seriously, but seems to have precipitated an underlying cerebral condition. As his mental health deteriorated and the pain grew, he struggled to work and meet deadlines. In 1937, he had surgery to try and relieve some symptoms, but it only had temporary results, as he slipped into a coma soon after and died that same year at age 62.

Ravel's works list eighty-five works, including many incomplete or abandoned pieces. Among his most successful oeuvres are Boléro, Daphnis et Chloé, Pavane Pour Une Infante Défunte, La Valse, Rhapsodie Espagnole, Gaspard de la nuit, Piano Concerto in G Major and Miroirs. He never married or had children and remained very private about his personal life, sparkling many rumors still unverified to this day. He is considered one of the most influential music figures of the 20th century, along with Debussy and Stravinsky.

See all Maurice Ravel's masterclasses
Register and access this masterclass for free. No credit card required.

We have found 3 contents about Ravel, Piano Works