In this masterclass for voice, Margreet Honig and Jacob Ingbar explore various techniques related to breathing.

In this masterclass, Professor Margreet Honig works with student Jacob Ingbar to find more core and resonance in his voice. They work extensively on inhaling in a way that provides support and proper preparation for the voice. In the beginning of the class, Honig offers the student some exercises to improve his inhalation, as well as help him find a way of singing that feels like speaking on pitch. This creates a more natural, resonant sound with a core that does not require additional adjustment. She also works with him to sing with clear vowels. Honig encourages the student to always feel the sound coming from within the body, and to relax and feel free rather than pushing on the diaphragm to achieve support. The overall goal is to communicate the text clearly while projecting without tension.

L’incoronazione di Poppea is the last opera written by Italian composer Claudio Monteverdi. It is believed to have been written in the 1640s and was first performed at the Venice carnival in 1643. It is one of the first operas to use historical events as the story base, here the life of Nero’s mistress Poppea, whose ambition leads her to be crowned empress. Monteverdi’s work was revived in 1651, but then “forgotten” for two centuries. The original score has not survived time, and two copies of the 1650s exist, but they are quite different in content, leading historians and musicologists to believe that they might not be Monteverdi’s. This suspicion comes from the fact that none of the two scores can be tied to the original performance of the opera.

L’incoronazione di Poppea is often considered to be Monteverdi’s greatest achievement, thanks to a more ‘liberated morality’ where virtue is punished, and greed rewarded. It was also praised for the originality of the melody and the complexity of the characters. Before this opera, any real-life depiction of an event could be seen in pastoral plays or madrigal plays of the late 16th century.

Since the beginning of the 20th century, L'incoronazione has been recorded and edited frequently. 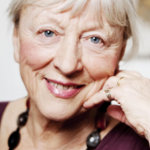 In the inhalation is the whole expression of the next phrase.

Aim for excellence! You can improve your skills with expert advice. Download the annotated sheet music of this masterclass for voice. Please note that this piece has been annotated in accordance to Margreet Honig's feedback and comments. 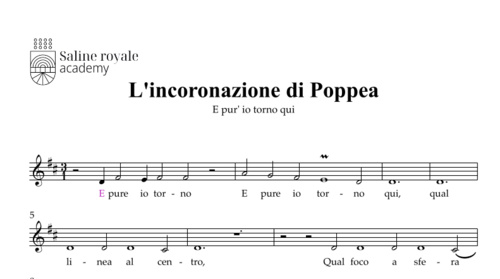 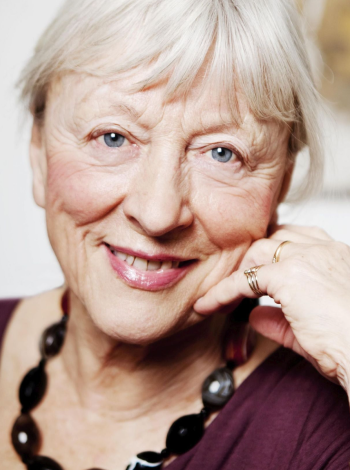 She has gained international recognition for being a vocal coach to many singers who have developed advanced careers in professional singing.

Dutch soprano Margreet Honig studied with Annie Hermes and Corrie Bijster at the Conservatory of Amsterdam. From there, she went to the United States with Evelyne Lear for further studies and dedicated herself to the French repertoire in Paris under the guidance of Pierre Bernac. She has given many recitals with pianist Rudolf Jansen, and has recorded with him and the Radio Chamber Orchestra (conducted by Kenneth Montgomery).

In the last 30 years, she has dedicated herself to pedagogical aspects of singing. She worked many years at the Rotterdam Conservatory and at the Sweelink Conservatory in Amsterdam. She is regularly invited for masterclasses and interpretation courses in Europe and the United States. What's more, she has taught at the Conservatoires of Zürich, Basel, Stuttgart, Hamburg and Versailles, at the Conservatoire National Supérieur de Paris, the Académie du Festival Aix-en-Provence, the Royal Academy in London, and the Curtis Institute in Philadelphia. Furthermore, she works regularly at the opera studios of Munchen, Basel, and Latvia.

Students from all around the world have performed on famous stages with the help of Margreet Honig. She has gained international recognition for being a vocal coach to many singers who have developed advanced careers in professional singing.

Claudio Monteverdi was a composer, musician, and priest born in Italy in 1567. He is often regarded as the leading transitional figure between the Renaissance and Baroque periods. He was trained as a choir singer in his hometown of Cremona and later moved to the neighbouring state of Venice to pursue his career. Before assuming a leading role in the San Marco Basilica, he spent several years at the service of Duke Vincenzo’s court in Mantua. He remained a faithful servant of the court and Vincenzo’s descendants, as he was a Mantuan citizen and was receiving a pension from the city-state. After the war with the Habsburgs and the plague struck Venice, Monteverdi began to retire and became a priest of the local Cremona clergy. His last years were very productive, as he composed his most known works a few years before dying, in the 1640s. He married a court singer in his early years and had three children. His two sons survived him when he passed away in Venice in 1643 after being ill for a while. Among his vast musical repertoire, he leaves the famous Vespers, his Madrigals, book 5, l Combattimento di Tancredi e Clorinda, Il ritorno d’Ulisse in patria, and finally the Coronation of Poppea, which is often considered to be his greatest work.

See all Claudio Monteverdi's masterclasses
Register and access this masterclass for free. No credit card required.