In this flute masterclass, Philippe Bernold and his student Wong Chung Chuen Matthew explore intonation among other aspects.

Thank you for your feedback!
Back to navigation
Home Masterclasses catalogue
Grand Polonaise, Op. 16

In this session, Professor Philippe Bernold, and student Wong Chung Chuen Matthew, examine the beautiful Grande Polonaise, Op.16 by 20th century French composer Jacques Ibert. The piece is written for solo flute and piano accompaniment, and is very nuanced. Wong is encouraged to pay attention to his breath, especially in the nuances. It is also important for him to work on his pitch, ‘loudness’, and tone color. The piece has a great harmonic logic, and notes have a hierarchy that needs to be respected. Breathing placement is also essential, just like a singer. Wong is instructed to play the fortes without “trumpeting” and remain relaxed.

The Grande Polonaise written by Theobald Boehm, was composed in the early 1800s and is a piece from the Romantic era. Its musicality and compositional technique resemble arias, which were the foundation for opera. The introduction begins in a slow lyrical style with some rubato. The second section of this piece is the Polonaise, a Polish dance in triple meter, which demonstrates the virtuosity of a flutist's technique. 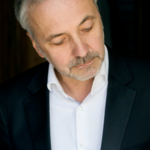 Music: if it doesn't make sense, is absolutely useless.

Aim for excellence! You can improve your skills with expert advice. Download the annotated sheet music of this flute masterclass. Please note that this piece has been annotated in accordance to Philippe Bernold’s feedback and comments. 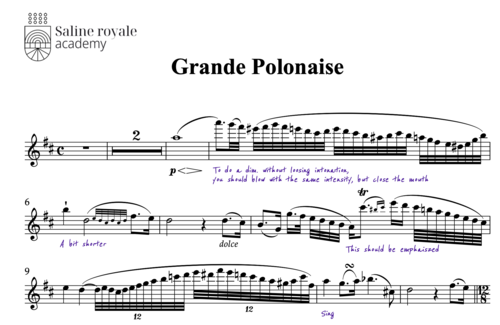 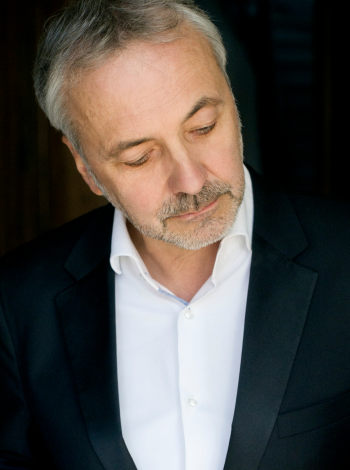 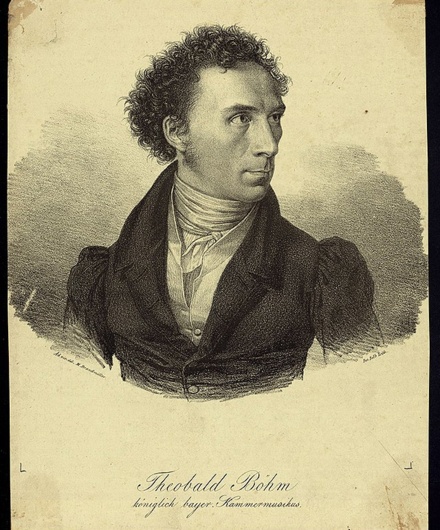 Theobald Boehm was born in Munich, Bavaria. His father was a goldsmith, and after learning his father’s trade, the young boy was able to fabric his own flute. He soon became a skilled flautist and joined an orchestra at 17 years old. By 21, he was First Flautist at the Royal Bavarian Orchestra. While working as a professional musician, Boehm continued to make flutes with different materials, including silver, gold, nickel, tropical hardwoods, and more. He would also experiment with the flute tone holes.

In addition to being an inventor and skilled musician, Theobald Boehm was an important composer. His repertoire includes pieces like Souvenir des Alpes, 24 Études, Op. 37, Elégie, Op. 47, Grand Polonaise in D Major, Op. 16, and more.

See all Theobald Boehm's masterclasses
Register and access this masterclass for free. No credit card required.