Thank you for your feedback!
Back to navigation
Home Masterclasses catalogue
Clarinet Sonata No. 2

In this session, Sharon Kam and her student Jules Baeten explore the importance of producing an intense sound, which is especially required of the clarinetist in the Second Movement of the Brahms' Clarinet Sonata No. 2. With this, the professor distinguishes the difference between an 'intense sound' and a 'loud sound', a nuance that is important to understand in order to create the right mood in the performance.

The pair also discuss other necessary aspects, such as breathing control, phrasing, and intonation.

Clarinet Sonata No. 2 by Johannes Brahms

Johannes Brahms composed his second clarinet sonata for clarinetist Richard Mühlfeld in 1894. Along with the first sonata, it is one of the most significant pieces written for the instrument. It was also the last instrumental chamber work the composer wrote; before drawing inspiration from hearing Mühlfeld perform, the composer was considering retirement. The first movement, Allegro amabile, is full of tender and heartwarming melodies that explore the full range of the clarinet. The second movement, Allegro appassionato, avoids the role of a typical slow movement. A lilting and melodic scherzo, it presses forward, though interrupted by a more reserved, solemn trio section. The final movement, Andante con moto — Allegro, begins with a contemplative yet warm theme that is later developed into an Allegro set of variations. The composer’s last theme and variations, a format he used frequently, the movement builds in intensity to a satisfying conclusion.

Aim for excellence! You can improve your skills with expert advice. Download the annotated sheet music of this clarinet masterclass. Please note that this piece has been annotated in accordance to Sharon Kam’s feedback and comments. 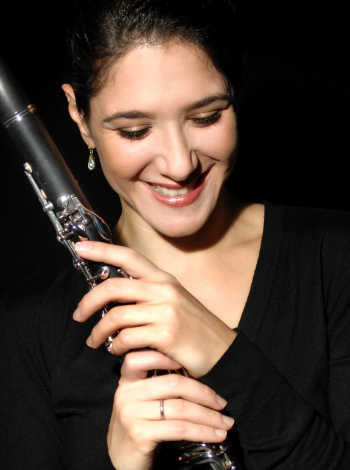 Sharon Kam is one of the world’s leading clarinet soloists, and has been working with renowned orchestras in the United States, Europe, and Japan for over 20 years. At the age of sixteen, she performed Mozart’s Clarinet Concerto in her orchestral debut with the Israel Philharmonic Orchestra and Zubin Mehta. Shortly afterwards, she performed the Clarinet Quintet with the Guarneri String Quartet in Carnegie Hall, New York.

As a passionate chamber musician, Sharon Kam regularly works with artists such as Lars Vogt, Christian Tetzlaff, Enrico Pace, Daniel Müller-Schott, Leif Ove Andsnes, Carolin Widmann, and the Jerusalem Quartet. She is a frequent guest at festivals in Schleswig-Holstein, Heimbach, Rheingau, Risør, Cork, Verbier, and Delft, as well as the Schubertiade festival. An active performer of contemporary music, she has premiered many works, including Krzysztof Penderecki’s Concerto and Quartet, and concertos by Herbert Willi (at the Salzburg Festival), Iván Erőd and Peter Ruzicka (at Donaueschingen).

Sharon Kam feels at home in a variety of musical genres – from classical to modern music and jazz. This is reflected in her diverse discography. She received the ECHO “Instrumentalist of the Year” award two times: in 1998, for her Weber recording with the Gewandhaus Orchestra of Leipzig and Kurt Masur, and in 2006, for her CD with the Leipzig Radio Orchestra featuring works by Spohr, Weber, Rossini, and Mendelssohn. Her American Classics CD with the London Symphony Orchestra, conducted by her husband Gregor Bühl, was awarded the Deutsche Schallplattenkritik Prize. In 2013, she released a recording entitled Opera! This collaboration with the Württembergisches Kammerorchester, conducted by Ruben Gazarian, includes transcriptions of operatic arias ranging from Rossini and Puccini to Wolf-Ferrari, arranged for clarinet and chamber orchestra. The release was accompanied by an inaugural tour.

During the season 2019-2020, Sharon Kam performed in concert halls including the Wiener Musikverein; a portrait concert at the Elbphiharmonie, the Vienna and Munich Chamber Orchestras, the Staatskapelle Halle, the Saarländischen Staatsorchester, the Hungarian National Philharmonic Orchestra, and the Szczecin Philharmonic Orchestra. In September 2019, her Trio album recorded with her long-term partners Ori Kam and Matan Porat, was released. 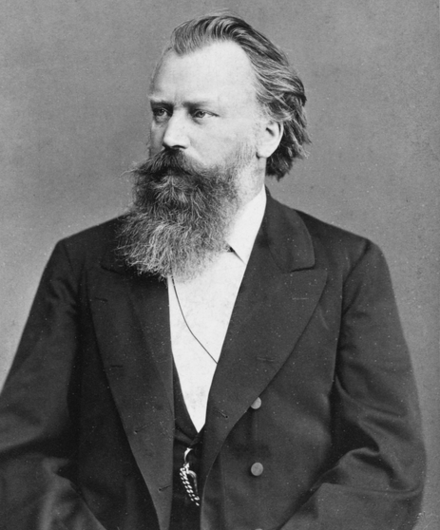 Born in Hamburg, Germany on May 7, 1833, Johannes Brahms was the son of musician Johann Jakob Brahms. Johannes Brahms began his musical education learning the piano, cello, and horn. From the age of 7-years-old, he studied the piano under Otto Friedrich Willibald Cossel.

Composer, pianist, and conductor, Brahms began his career at the end of the classical tradition (approx. 1730-1820) and established himself as a central figure in classical music’s Romantic era. His first concert tour took place in 1853 where he built a deep camaraderie with fellow musician, Robert Schumann.

His first major work presented to the public was Concerto No. 1 for piano and orchestra in D minor, which was performed by himself in Leipzig in 1859. In 1863, he moved to Vienna, where he was appointed conductor of Singakademie (Singing academy), which he would leave only a year later.

By 1868, Brahms achieved fame throughout Europe for the premiere of his renowned work German Requiem. Other notable works by Brahms include but are not limited to: Piano Concerto No. 1 in D minor, op. 15, Variations and Fugue on a Theme by Handel, op. 24, Piano Quartet No. 1 in G minor, op. 25, Cello Sonata No. 1 in E minor, op. 38 Symphony No. 1 in C minor, op. 68, Violin Concerto in D major, op. 77 Symphony No. 3 in F major, op. 78 Symphony No. 4 in E minor, op. 98, and Cello Sonata No. 2 in F major, op. 99 Quintet with Clarinet in B minor, Op. 115. Brahms has been lauded for his deep understanding of formal construction and his rendering of melodic richness, harmonic complexity, and his mastery to achieve a myriad of moods and atmosphere.

Johannes Brahms passed away on April 3,1897, in Vienna.

See all Johannes Brahms's masterclasses
Register and access this masterclass for free. No credit card required.

We have found 2 contents about Clarinete Works