Tedi Papavrami and his student Anoush Papoyan address many technical challenges in this violin masterclass.

Thank you for your feedback!
Back to navigation
Home Masterclasses catalogue
Sonata No. 4, Op. 27

Papavrami first instructs his student to respect what is written in the music and to be extremely strict and precise, as there is no room for improvisation. Furthermore, Papoyan is advised to pay attention to the weight of her right arm and take small respirations with her bow without lifting it and without it losing any weight.

She must avoid heavy vibratos and keep a certain warmth in her interpretation. The pair also discuss posture, tempo, and bowing techniques.

The Sonata No 4 in E minor was composed by Belgian virtuoso musician Eugène Ysaÿe in the summer of 1923, and is a bit of a “Baroque spoof”, using the traditional sonata codes but in an updated version. Written in three movements: Allemanda, Sarabande and Finale, the composition is tonal in nature and features a virtuoso bow and left-hand techniques. It begins slowly, highlighting the notes E, F sharp, G, and A. After the development, the first movement eventually ends in a fugue. In the Sarabande, these four notes appear in reverse, featuring pizzicato and then bowing techniques. The Finale has the four notes descending, perhaps echoing Fritz Kreisler's Pugnani.

The piece was dedicated to Austrian American violinist Fritz Kreisler. 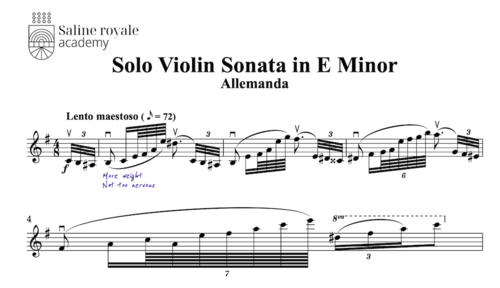 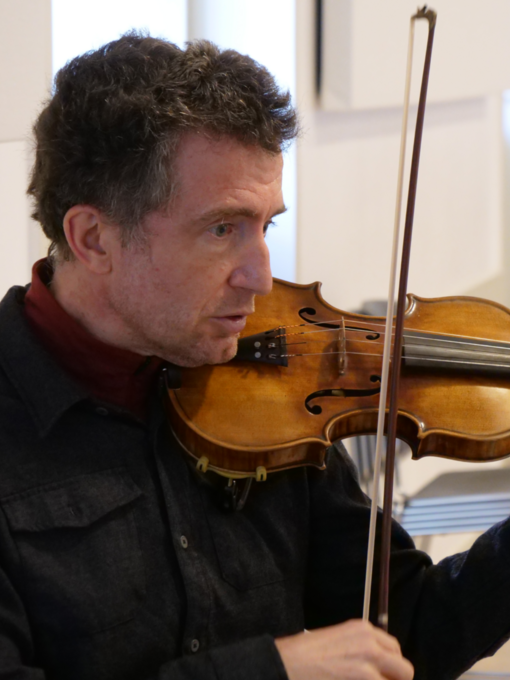 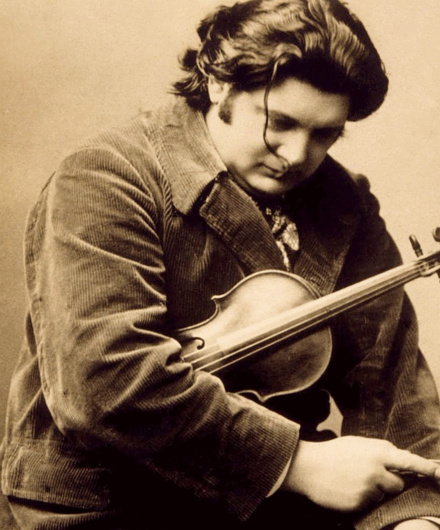 Eugène Ysaÿe was a Belgian genius violinist and composer, and was born in Liège in 1858. His whole family was musically inclined, and he started learning the violin at an early age, with his father. After learning music in his home country, he moved to Paris to pursue his studies.

He toured intensely as a solo artist for prestigious orchestras and assumed a teaching position, which he kept for many years. Many famous composers dedicated some of their major works to him. He married fellow-Belgian Louise Bourdau in 1886, and together they had five children. When Louise died in 1924, he re-married with 44-year his junior violinist Jeanette Dincin, who cared for him as his health declined, until he passed away in his home in Forest, Belgium in 1931.

He left behind an impressive musical catalog: six Sonatas for Solo Violin op. 27, the unaccompanied Sonata for Cello, op. 28, one Sonata for Two Violins, eight Poèmes for various instruments (one or two violins, violin and cello, string quartet) and orchestra (Poème élégiaque, Poème de l'Extase, Chant d'hiver, Poème nocturne, among others), pieces for string orchestra without basses (including Poème de l'Exil), two piano trios, a string quintet, and an opera, Peter the Miner. His Eugène Ysaÿe Collection, which can be found in the Royal Belgium library, also includes many scores, letters, photographs, films, and recordings.

See all Eugène Ysaÿe's masterclasses
Register and access this masterclass for free. No credit card required.

We have found 2 contents about Ysaÿe, Violin Sonatas