Thank you for your feedback!
Back to navigation
Home Masterclasses catalogue
Oboe Sonata in C minor, RV 53, 1st & 2nd movement

In this masterclass, Professor Alexei Ogrintchouk accompanied by student Ines Sirajeddine who plays Antonio Vivaldi's Oboe Sonata in C minor (RV 53).
Professor Alexei Ogrintchouk insists at first on the importance of breath and congratulates the student on good technique. He enjoyed her good preparation and energy, however, he specifies that the phrasing needs more practice. One should avoid a expressing a static phrase, and it is easier to avoid doing so when the very first note is clear and sharp. Specifically for this piece, a strong entry with the first note will help carry the rest of the phrase. It is important then to apply good techniques such as instrument positioning or breathing awareness.

The rediscovery of Vivaldi commenced with the Sonata per Oboe Solo, RV. 53: The Catholic Hofkirche in Dresden was the location of a music cabinet which had gone unnoticed for more than 100 years.

In 1860, the Royal Saxon Orchestra’s archival holdings of orchestral music were discovered in the neglected cabinet by the orchestra’s Instrument Inspector. Among the findings were 83 unknown violin concertos by the “almost entirely forgotten Italian composer Antonio Vivaldi.” Also discovered were chamber works such as the Oboe Sonata in C minor, RV. 53. From then on Vivaldi was recognized not merely as a contemporary of Johann Sebastian Bach and Georg Friedrich Handel but also, if at first only grudgingly, as an original and creative composer in his own right. It was to be yet another century before musicologists would unanimously deem Vivaldi a rare genius. 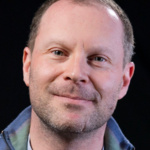 Aim for excellence! You can improve your skills with expert advice. Download the annotated sheet music of this oboe masterclass. Please note that this piece has been annotated in accordance to Alexei Ogrintchouk’s feedback and comments. 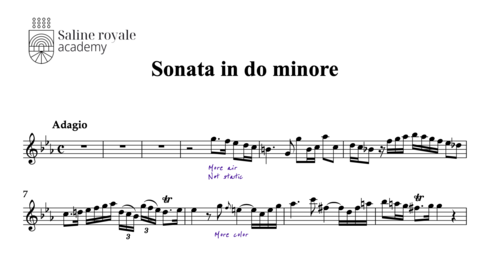 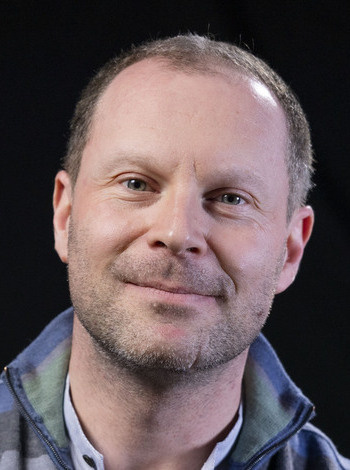 He has won several international competitions including the prestigious ICES International Competition in Geneva at the age of 19.

Alexei Ogrintchouk is a laureate of numerous international competitions (Moscow, Prague, Paris), and recipient of two Victoires de la Musique Classique.
Since August 2005 he has been principal oboe with the Royal Concertgebouw Orchestra in Amsterdam.

He has performed as a soloist and chamber musician throughout Europe, in Israel, the United States and Japan, and has participated in several world premieres for oboe and orchestra.
Alexei Ogrintchouk is professor of oboe at the Haute Ecole de Musique de Genève and at the Royal Conservatory of The Hague in the Netherlands. He also gives numerous masterclasses throughout the world.

Antonio Vivaldi (1678-1741) was a violinist, composer, and educator in the Baroque era, now most notable for his contributions to the concerto form. He was born in Venice to a musical father who worked as a violinist in the San Marco Basilica orchestra. His father was his main musical educator, and the two sometimes performed violin together in the orchestra. Vivaldi initially pursued a career as a priest, spending ten years in training before becoming ordained in 1703. Only a year later, however, Vivaldi withdrew from performing mass due to illness. He became known as a “secular priest” and began pursuing more opportunities in the music field.

In 1703, Vivaldi also took on the post of violin master at Pio Ospedale della Pietà, an orphanage in Venice that provided young girls with music education. He remained at that post for over thirty years, composing numerous works for his students there. His first published compositions, a set of twelve trio sonatas, came in 1705, followed soon after by a set of sonatas for violin and basso continuo. In 1711, he composed a set of concertos for one, two, or four violins accompanied by a string orchestra, dedicated to the prince of Tuscany. These compositions circulated throughout Europe, gaining Vivaldi a reputation as an important composer. Over the course of his life, he would compose nearly a hundred instrumental sonatas and five hundred concertos. His role in developing the latter was essential; he standardized the concerto form and use of ritornello as well as increased the expected level of virtuosity and musical expression. J.S. Bach would later be deeply influenced by Vivaldi’s concertos.

Vivaldi soon turned his attention to composing vocal works. He worked as an opera impresario while simultaneously composing music for the opera, premiering his first opera, Ottone in villa, in 1713. He would compose at least forty-six operas in his career. He also composed several important oratorios, including his masterpiece Juditha triumphans (1716), and several other sacred vocal works for the Ospedale. In 1718, Vivaldi briefly held the position of music director at the court of Prince Philip of Hesse-Darmstadt, where he continued to produce several operas.

In the 1720s, Vivaldi traveled throughout Italy as a freelancer, though Venice once again became his home base. He received numerous important commissions and enjoyed great success and popularity. In 1723, he composed his most enduringly successful work, The Four Seasons, a set of virtuosic and programmatic concertos based on the four seasons in a year. Unfortunately, by the 1730s, his popularity began to dissipate, and his music fell out of style in Venice. Sensing that he would no longer receive much work there, he decided to move to Venice. Before much could come of his relocation, he took ill and died of an infection in 1741. Though the end of his life was marked by disappointment and poverty, his legacy remains hugely important. He is now regarded as one of the most influential composers of the Baroque era.

See all Antonio Vivaldi's masterclasses
Register and access this masterclass for free. No credit card required.